Where will you be in 5 years? 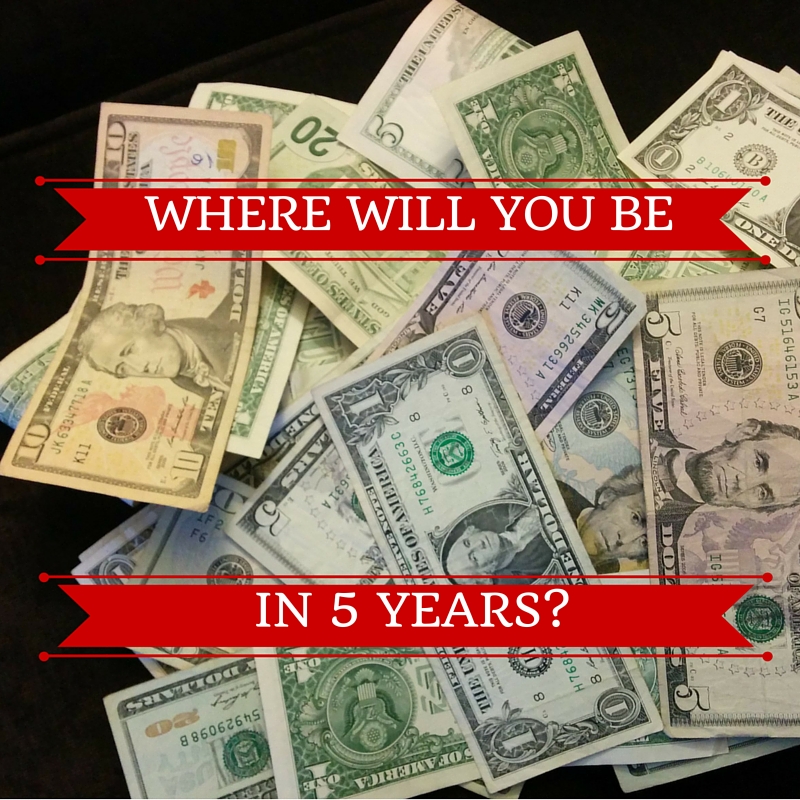 A friend is moving this week. I’m going to miss her, but I’m happy for her, too. 5 years ago she didn’t think this was possible. She said she wanted to pay off her debt, cut back to working part time, and maybe even move, but she didn’t believe she could. And now she has done all of it.

So what made it happen?

For this friend, today we’ll call her Marisa, she made a lot of small changes that added up to big results. We sat down together and reviewed her income and spending. We looked at her debt. First, she cut back on some expenses she wouldn’t miss. Marisa’s old roommate had wanted the bigger cable package but she didn’t watch those channels, so she called the company and immediately saved about $50 per month. Next she pulled her credit cards out of her wallet and stuck them in a drawer, to be used only for emergencies. She started to cook just a bit more and eat out just a bit less. We made a plan for her tax return, and instead of letting it be frittered away on small purchases, a big chunk was used to pay off some of her debt, some of it went towards savings, and some was used for fun. She paid a bit more attention to her spending and cut back slightly. She got a raise at work and put most of it towards her debt. Bit by bit, Marisa saw the difference.

When the credit cards were paid off, she had $500 each month that she used to put towards those payments that could be put towards savings instead. Then the car was paid off. Marisa’s savings grew, but her love of her job shrank. After a few years of these changes, she was able to leave her job and work as a consultant part time from home. And now, later in the same year, she’s moving to a warmer place, away from the snow she hates.

Does this sound impossible? Yeah, she thought so too. And let’s be honest, doing it all at once was impossible. This didn’t happen overnight. But here’s the thing: it could have very easily not happened at all. She could have continued on her old path. Right now she would still be at that job she hated, still in debt, still tied to a house she couldn’t afford to sell.

What made the difference?

The difference was that she was willing to put in some work. Like it or not, 5 years will pass by no matter what you do. So the question is, where do you want to be in 5 years? Do you want to be farther along on your current path, or do you want to change that path and end up someplace else? The choice is yours.

The first step is deciding to make a change.

If you found this useful, please take a moment to share it!

How much are you saving right now? If you don’t know, enter your email address and I’ll email you an easy calculator that will tell you right away how much you’re saving (or not) every month.